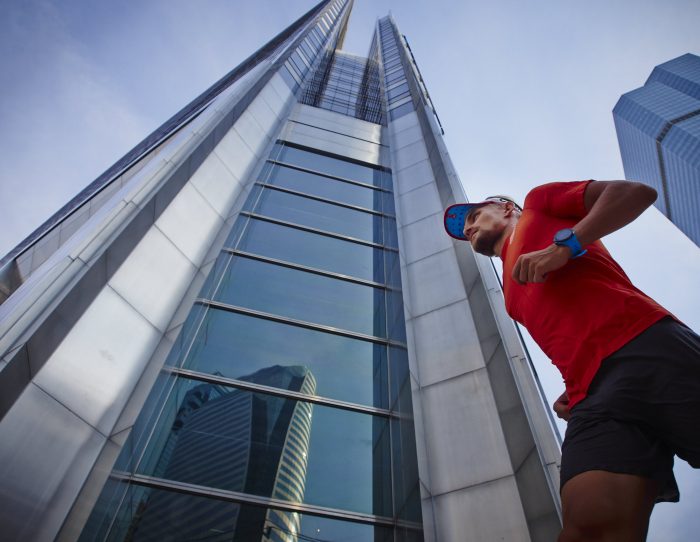 Dubbed “The Wall Street of Thailand,” Silom isn’t only home to the nation’s top businesses and tallest skyscrapers; it’s also home to a variety of cultures, communities and walks of life.

Thailand’s tallest building, the funky-pixellated Mahanakorn; the “Lung of Bangkok,” Lumphini park; the red light “Patpong”; the high-rise skywalk at Chong Nonsi intersection; the colourful “Wat Kaek” Hindu temple; the great Assumption Roman Catholic Church; the old French quarter by the Chao Phraya River with rows of colonial-style buildings; and the giant sailboat pagoda at Wat Yannawa—these are all are among the sights runner pass on this “melting pot” road.

The 2.8km Silom route might not be ideal for sprinters, since the footpaths are narrow and always crowded with office workers and street venders. But the experience of jogging through such diverse environments, even slowly, can be rewarding.

You could spend time taking in details along the way.  And if you really feel the need to pump up your heart rate, you could always cross the road at the northern end to Lumphini Park, to a 2.5km running path amidst shady trees and lakes.

At the north end of Silom Road, where the MRT and BTS Skytrain meet, is where Bangkok office people hang out. On both sides of the street is a variety of shops, restaurants, cafes and bars.

In the evenings, just when the neon lights are turning on, this part of the city is where opposite walks of life cross paths. While waves of office people head home, the after-dark crowds roll in to occupy the space. The world-famous red-light Patpong alley is where tourists come for the experience. The nearby Thaniya alley, with its sushi and hostess bars, is almost exclusively for Japanese business expats. The Soi 4 alley in the middle is where the gay crowd hangs out.

Farther down the road is the head office of the 7-Eleven empire, followed by the Bangkok Bank head office, which is near the popular shopping tents of Soi Lalai Sab.

The most photographed skywalk intersection is at Chong Nonsi on Sathorn Road, which runs parallel to Silom. Standing in the middle of the skywalk gives a 360-degree view of the high rises on Thailand’s Wall Street. The tallest building is here, stretching up 314 metres (77 floors): the glassy-pixellated Mahanakorn building. At lunchtime and after work, office people cross the skywalk from all corners.

Back to Silom. A bit farther down the road is the vibrant Sri Mariamman Hindu Temple, or “Wat Kaek” as locals call it. The first Tamil Hindu settlers from southern India built this shrine in the 1860s. They established the gemstone trading district not far from the temple.

The southern end of Silom is cut off by Charoen Krung, or the “New Road.” Turning right would lead you to the old French quarter by the Chao Phraya River where the French Embassy is located, along with the Mandarin Oriental Bangkok, the Assumption Roman Catholic Church and a 19th-century colonial-style building: the old Custom House office.

Turning left leads to “Wat Yannawa,” where a spectacular sailboat pagoda is situated. Along the way is a true heaven for street food lovers.  There are all kinds of budget cuisines from all nationalities to enjoy.

COVER PHOTO: Bangkok City Tower is one of the icons at the corner of Sathorn’s Chong Nonsi intersection. (Map: no. 6) 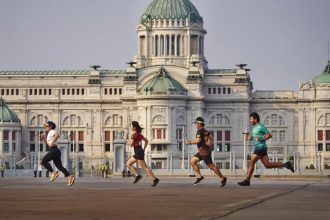 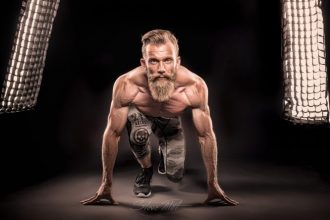 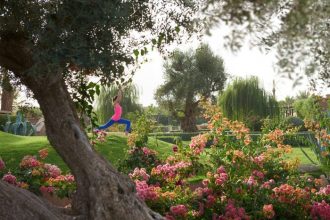 This is the Virtual Wellness Retreat We All Need Right Now