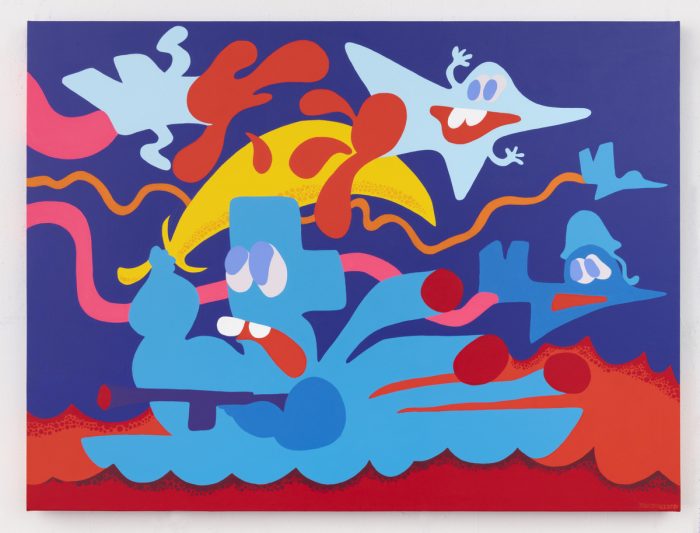 CLEAN JELLYBEAN: New solo show at Over the Influence gallery

The American artist Todd James’ debut exhibition CLEAN JELLYBEAN will be on view from Nov. 20 until Jan. 10.

Over the Influence is excited to announce the opening of its Bangkok gallery with American artist Todd James’ debut exhibition CLEAN JELLYBEAN on view from Nov. 20, 2021 to Jan. 10, 2022.

CLEAN JELLYBEAN features paintings punctuated by surreal interiors, geopolitical scenes and candid portraits of women, all rendered in vibrant, saturated palettes with abstract forms. The new works are displayed throughout the five-storey gallery by themes, allowing viewers a colourful introduction to James’ evolution as an artist and observe firsthand the key motifs and hues that define his unique vision.

James began his art career in New York City’s subway system in the early 1980s, and through his adolescent graffiti work mastered the practical challenges of good design at an early age. He is a co-creator of Street Market, a major work of the post-graffiti movement that was selected for the 2001 Venice Biennale. In 2011, a re-creation of this work was the central installation of LA MOCA’s record breaking exhibition, Art in the Streets. His paintings and installations have been exhibited in museums and galleries worldwide. In the commercial art world, James has collaborated with artists including Iggy Pop, The Beastie Boys, U2, Eminem and Pharrell Williams. He lives in New York City.

Over the Influence Bangkok

Over the Influence Bangkok is located in Talat Noi, Bangkok’s historic Samphanthawong neighbourhood, which is filled with temples, museums and artisanal shops and restaurants.

The gallery is located in front of a city landmark that was built as a “Gateway” with Chinese architectural details to signify the multicultural relationship between the Chinese and Thai community living in district. The Chao Phraya River is walking distance from the gallery.

This marks the third international location for the gallery after Los Angeles and Hong Kong. Its presence in Bangkok promises a new direction in the role of contemporary art galleries by increasing international awareness to Thailand’s rich artistic identity and contemporary culture. 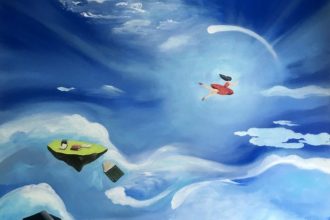 EXHIBITION: ‘Something in the Air’ 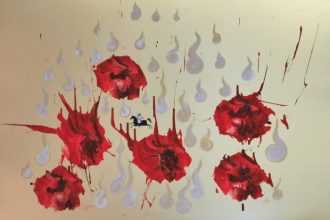 PULL NO PUNCHES: A Q&A with Artist Leyla Sandshiko