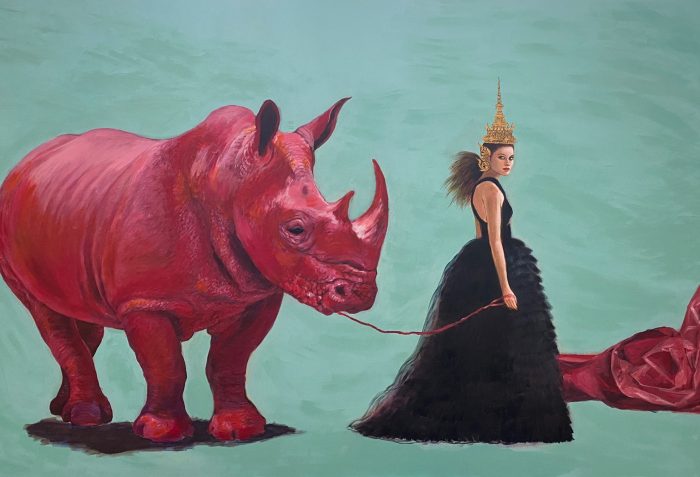 The fashion designer’s debut solo exhibition at River City Bangkok offers a window into a surreal and spectacular universe.

Tanya Tansaringkan is a veteran fashion designer with 10 years of experience who recently discovered a new passion for painting. Her debut solo exhibition will inspire viewers to step out of their everyday reality and enter her surreal and spectacular universe.

Tanya began her journey into the world of painting in 2020 amid COVID-19. Instead of working with her team, she was obliged to stay in her studio alone. But that wasn’t going to stop her from being creative. She looked for new ways to express herself and discovered a passion for painting. It marked a new avenue for her to transform her thoughts and ideas.

Fashion, creativity and surrealism all influence Variety Surreal: Fashion Interpreted onto Canvas, her new exhibition. “The Beauty Regents” portrays Gabrielle Bonheur “Coco” Chanel, the world-famous French fashion designer, encountering Venus, a goddess in Roman mythology. Both were the symbol of beauty from different eras. “The Element Wind” features a mysterious lady dressed in a ruffle, an antique style of apparel that dates back to the mid-15th century. Tanya suggests that women’s beauty is illusory and impenetrable—much like the wind.

To create the surrealist vibe, Tanya also made use of contrasts between people and their relationships with objects or animals. “The Ambitious Queen: depicts a portrait of a queen in Tanya’s imagination looking bravely at the audience. Her hands are clutching the gigantic octopus, which appears to be uncontrollable, but the queen can wield it gracefully. This symbolises the uphill struggle faced by powerful individuals. “The Revolution” depicts a woman with a red rhinoceros demonstrating the distinction between two species. The rhinoceros appears to be rough, while the woman appears to be delicate. But the two coexist together. “The Urbanist Reflection” shows the illusional metropolis as a high rise filled with a little bird. Tanya points out that nature is actually right in front of us, yet it is often missed.

Tanya hopes her debut solo exhibition will ignite viewers’ imaginations. There are no rules in this universe. Make yourself at ease, leave your logic behind and let your mind wander into her world.

Tanya Tansaringkan received her bachelor’s degree from the London College of Fashion and then pursued her master’s degree at the Marangoni Istituto (Milan College at London campus). After her graduation, she interned on a project co-designing for Mulberry and Agent Provocateur, two British fashion brands. Soon after, she began her career as a fashion designer and ran her own fashion brands for several years. She was also a Fashion Lecturer at Bangkok University. 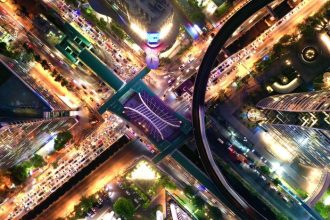 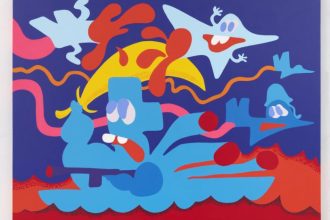 CLEAN JELLYBEAN: New solo show at Over the Influence gallery