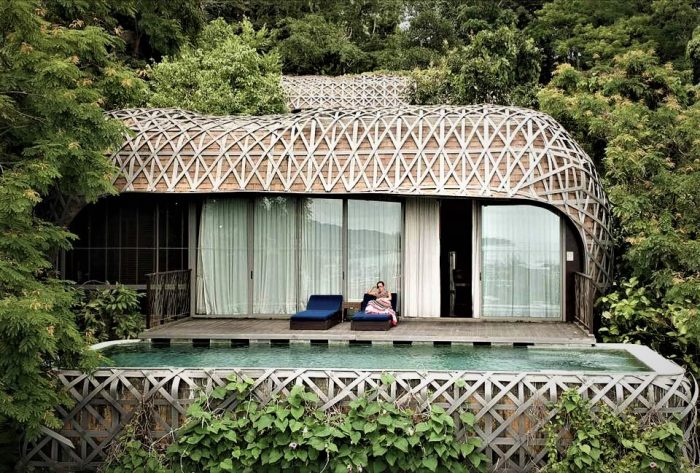 Keemala Phuket: A Fantasy Escape That’s Closer Than You Think

Chami Jotisalikorn immerses herself in the enchanting Keemala Phuket resort and its otherworldly rainforest setting.

Rain was lashing against the airplane window as we landed in Phuket and I was taken aback. It hadn’t occurred to me that it might be raining during my island getaway at Keemala Phuket resort. It was June, which, while technically the soft launch of Thailand’s rainy season, isn’t the real, heavy flooding season when schools close and crocodiles escape from crocodile farms. I’d envisioned myself seeking shade from island heat and UV rays. Instead, I found an unexpected, cozy side of Phuket that I’d love to return to for more.

Another surprise was that Keemala wasn’t where I expected it to be. Instead of overlooking the beach or perched on a cliff, the resort is nestled inland just behind Kamala town and rises up a thickly forested hill, offering a big sky and distant sea views from the higher villas.

After entering past a picturesque waterfall and duck pond and settling into our villa, we went for a walk and found ourselves climbing up an incredibly steep hill, which made me puff, but hey, was good exercise for the glutes and thighs. The foliage was lush, with the villas discreetly nestled into the natural forest.

When the rain stopped, soft grey skies exuded a puffy white mist that curled moodily over the hill and hung above the tree line, mimicking a misty African highland instead of the typical Phuket beach scene. We wandered down paths lined with giant Heliconia stalks laden with red flowers. Pretty creeping ivy blanketed giant boulders, and fruit trees abounded. We saw jack fruit, bananas and beans hanging within arm’s reach all along the paths. One villa even had a huge stalk of bananas growing right outside its front door.

Seen from afar, the villas’ domed rooftops presented a fantasy vista that looked like a tropical Hobbit village.  From its midst rose a towering old granddaddy tree, with a high-rise trunk and a leafy canopy sprouting from the very top. We dubbed this the Mystical Tree and since it was next to our villa, we used it as our landmark while strolling around the property, as in “there’s the Mystical Tree, so our room is that way.”

It became my habit to look for our Mystical Tree when I was outside, not just to navigate, but simply to admire its beauty and mystery from different angles. Did I mention I love big trees? I even enjoy thinking about trees. I wondered how old it was, why there was only one big tree like that, and what sort of birds lived in its leafy top. (My dream is to visit a Game of Thrones-type forest in Ireland, where the trees are over 100 years old and 100 feet tall).

“Magic” and “enchanting” are words that appear a lot on the Keemala website and also inspire the resort’s design concept. We followed signs leading to the Enchanted Hall, which turned out to be an event space with a path of flickering candles winding across the floor, ready for something special to happen.

Keemala’s wow factor is the fantastic treehouse pods looming above the treetops. Clustered around the lobby area, the pods house a reception lounge, wine lounge, library and hotel boutique. The fantasy architecture created a world of its own so that I kept forgetting I was in Phuket and felt like I was in an unknown place, far removed from real life.

Our two-bedroom Clay Pool Cottage was nestled close to the ground at the bottom of the hill and was a short walk to the restaurant and spa, which was perfectly convenient for me since I was usually going back and forth between the facilities and our villa.

Keemala highlights its Healthy Living concept with cuisine made from fresh produce picked daily from its own organic garden. No chemical pesticides or fertilizers are used, and all plants are grown in a natural environment. Our first meal was a Spa Cuisine dinner of roasted chicken breast on a bed of vegetables, a spicy Thai salad loaded with fresh herbs, Thai coconut-based dessert and fresh fruit, using garden produce such as basil, chilli, lemongrass, wing beans, lettuce, mushrooms, bananas and papayas.

The next day we discovered a beautiful lunch of southern Thai cuisine. The cheerful chef came out to explain the array of southern fish curries, sweet pork and noodle dishes and the three different types of rice served in banana leaves. With guests from around the world, the Mala Restaurant menu offers a range of international cuisines, so one night we feasted on a rich Indian meal of thick curries, tandoori mushrooms and naan bread.

I couldn’t wait to try the Mala Spa after seeing the spa menu offering energy healing, slimming treatments and signature treatments on top of the standard massages. I selected two 90-minute spa sessions, one in the morning and one in the afternoon, both on the same day. With the fabulous Thai lunch sandwiched between the two spa sessions, it was the perfect escapist day.

Mala Spa is a cluster of domes and cones nestled among lotus pools along a wooden walkway. Each unit is a self-contained spa suite with a treatment room, dressing room, toilet, steam room, sauna, shower and massive outdoor bathtub. My morning session was a signature seaweed treatment using heated seaweed pads all over the body, followed by my favourite – a hot stone massage that irons away tension and muscle aches.

The afternoon session was a calming Reiki energy healing followed by a warm seaweed bath in the gargantuan outdoor bathtub. The talented Reiki therapist said she sensed that my body needed more than just Reiki and customized some vigorous wiggling massage to release some knotted muscles in my lower back. She released a lot of tension in my back, in exactly the place that was stiff, and I was grateful for her personalized healing care. She told me she doesn’t give everyone the same standard treatment and gives what each person needs; sometimes they don’t need Reiki, but another form of healing for their issues.

Afterward, I rolled around in the tub among strips of nutrient-rich seaweed and essential oils for half an hour and was told not to rinse off for two hours to let the ingredients fully absorb into my skin, which apparently absorbed the smell of seaweed as well. When I got back to the villa my companion said, “Umm … do you need to take a shower? I, uh, need to take some sunset photos,” and quickly fled the room.

The seaweed bath is recommended as a bedtime treatment to help you relax before sleep. That night I had a deep, restful sleep while rain drummed on the deck outside, and woke up feeling like a fresher version of the aching, tensed-up person that had arrived the day before.

I was impressed by the privacy at Keemala. Though the resort was almost at full occupancy, we barely saw other guests aside from passing them whizzing by on golf carts or in the lobby, checking in. The restaurant was never too crowded, even at breakfast. The villa next door was a few metres away from ours, but aside from seeing lights on behind the closed curtains, we never saw or even heard our next-door neighbours. We saw a lot of room service being delivered around the property. We guessed that the other guests ventured into town or decided to hide inside their pool villas.

I spent most of my time in the spa, but aside from that, all I wanted to do was absolutely nothing, and hang out in my villa, watching plants nodding gently in the rain-drenched forest outside. My windows looked like life-size ads for the Calm App.

“You know what,” I told my companion, “this is exactly what millions of people download on the Calm App!”

My friend had never heard of it. Somehow, he’s never stressed and his hair is always perfectly gelled in place, unlike me, a woman constantly on the verge of a nervous breakdown, and whose ponytail looks like it’s been electrocuted.

“I have no idea what you’re talking about,” he said while plugging himself into Spotify. “Do you like Billie Eilish or U2?”

For those of you who don’t know, the Calm App is Apple’s most popular app for calm and meditation, providing soothing sounds and images of nature like raindrops and rolling waves, to help stressed people reduce anxiety and sleep better.

“I like falling rain in the rainforest!” I replied, “And hey, who needs an app for raindrops when you can be here living and breathing inside the real thing?”

I’m sure Keemala looks and feels completely different when the sun is shining and the sky is blue, and in another type of villa. But on this visit I was enchanted with the moody, misty coziness of our Keemala Earth Cottage tucked away in the soothing rain. I returned to home to Bangkok totally refreshed by my unexpected rainforest escape, in a much lighter mood, and wishing I could repeat it all over again as soon as possible.

Luke Yeung is originally from Hong Kong and Canada. He has spent most of his life based in Bangkok, Thailand, capturing the intensity and urban development of Asia and Southeast Asia. Having trained in architecture, he often captures buildings and spaces as the main elements in his images as a means to reflect on the people and culture of the place.

Author + Journalist + Communications Consultant Chami Jotisalikorn is an internationally known journalist and author of over 10 coffee table books on Asian spas, interiors, and luxury travel, including the best-selling titles The Thai Spa Book; Thailand’s Luxury Spas; Thailand Chic; and the Contemporary Asian Home design series, sold worldwide in 6 languages. Her blog Barefoot Luxe is one of Asia’s top luxury travel & wellness blogs on Google search. She contributes to CNN Travel, Conde Nast Traveller, Travel+Leisure, international newspapers, travel and spa guides. She was a Judge for the regional AsiaSpa Awards since 2008, and a Wellness Travel Expert for Spafinder USA. She has been interviewed and profiled in TV, radio, newspapers and magazines in the US, Canada, and Asia, and currently works as a Communications Consultant for lifestyle clients such as hotels, spa & wellness retreats, designers, architects, and luxury real estate. Books Amazon Author Page: www.amazon.com/Chami-Jotisalikorn/e/B001JOG1H2 Articles: www.barefootluxe.net/articles-2/ Blog: www.BarefootLuxe.net Website: www.Chami-Jo.com 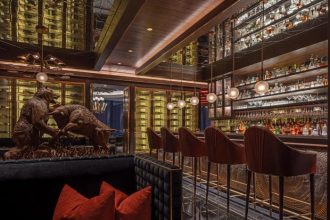 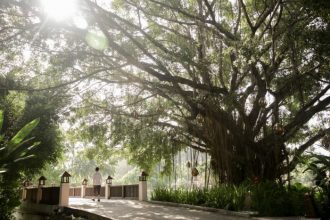 Banyan Tree Advocates Culture of Wellbeing Inside Out 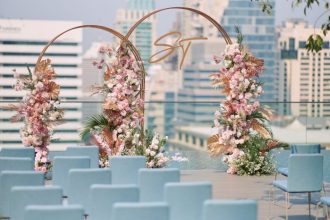