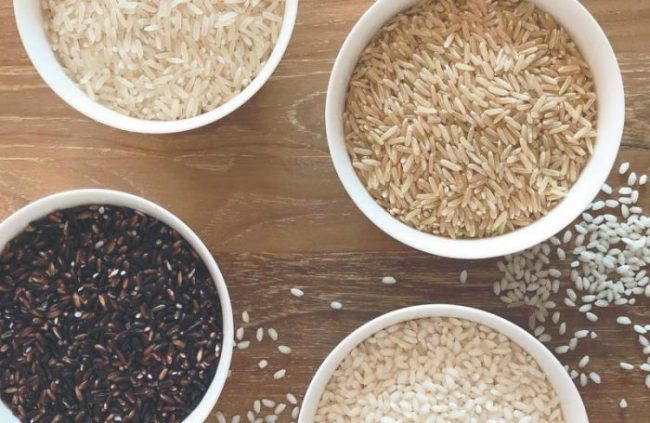 The three of them lie side by side, beneath the dim light of a flickering bulb, somewhere in Bangkok. Each has journeyed hundreds of miles to be here, from distant provinces across the country. The smallest has a petite, but round, figure, with a firm, pearly white complexion; the middle one is tall, slender, and tan; the largest, thick and heavyset, with unevenly dark skins.

The unsteady illumination issues forth from the table lamp–and the subjects of this insomniac examination are individual grains of Thai rice of different types: ‘bue poh loh’, small-grained white rice from the higher altitudes of Chiang Mai; ‘paka umpul’, brown rice indigenous to the northeastern province of Surin; and ‘kam noi’, purple glutinous rice from neighbouring Sakon Nakhon. All share a common ancestor, ‘oryza sativa japonica’ (said to have been first domesticated in the Yangtze River basin around 9,500 BCE), but–much like wine grapes–each has their own distinct appearances and characters, borne from uniquely different terroirs in the land they now call home.

I’d met with Richa Tantisirivat of Hatch Goodies, a purveyor of specialty Thai rice. In between our comparisons of the carnaroli rice grains in our risotto with ‘bue poh loh’, she shared with me that it’s this rich diversity of Thai rice varieties that she deeply wanted to surface and share with the world–and not least with Thai people themselves.

“For Thai people, rice is much more than just a staple food; it’s fundamental to our culture,” she remarked. “We eat it up to 3 times daily, and even instinctively greet each other by asking if we’ve eaten rice yet (“kin khao yang”). And while we Thais love all kinds of food, rice reigns supreme; in fact, we have a saying that ‘if the rice isn’t delicious, even the tastiest gab (accompaniment) will fail to satisfy.” She went on to lament, however, that most know very little about Thailand’s rich rice heritage.

The decline in production and awareness-of-heirloom rice varieties is widely attributed to the advent of the Green Revolution of the 1950s and 60s–the large increase in crop production in Thailand and other developing countries through the use of fertilisers, pesticides, and high-yield crop varieties. The well-known Jasmine variety is a relatively new invention, having only been created in 1959. Thai rice and its cultivation date back to as early as 3,000 BC–and, since then, over 20,000 varieties have been documented in Thailand alone, with around 3,500 being actively grown. Many rely on rapidly decaying local wisdom to cultivate well. Each has its own unique aroma, texture, and taste when cooked.

“Rice is truly the unsung hero of our culture and society–and I want to change that,” Richa resolved. “The best way to preserve heirloom varieties is to grow them and the best way to ensure they are grown is to eat them,” she advised. “I truly believe that our joy of eating can create real, positive change.” 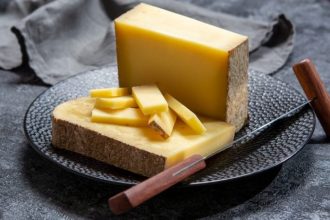 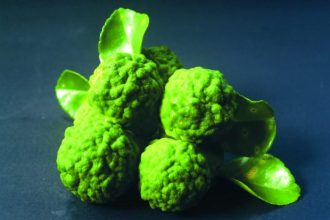 KITCHEN BACKSTORIES: You Got Me at Bergamot