HomeTRAVELTRIPSMae Salong – Along The Way
TRIPS 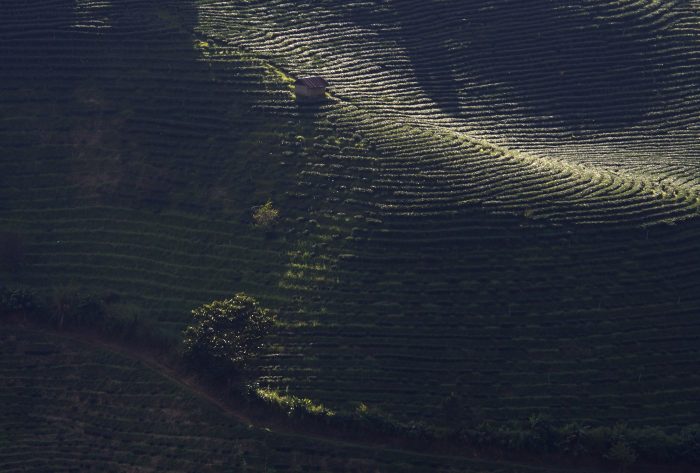 Mae Salong – Along The Way

Mae Salong is a close-knit community where everyone knows everyone. The whole town is also practically a living history museum.

“Is this really all there is?”

A woman who’d just stepped out of a van with dark-tinted windows raised her voice in disappointment.

She was directly in front of the main tourist market in 2001. The woman was dressed in a pink silky tunic, with matching white silky pants, and she had big hair and oversized faded sunglasses. In one hand she held a Gucci leather bag and in another she was flapping a little Chinese fan. The driver probably didn’t know how to respond. She climbed back inside the van and it took off.

It takes only a couple of minutes on a narrow roller-coaster road to get from one end of the village to the other. If you drive too fast, you will miss it, and there are not many spots for U-turns while cruising down a steep hill. That happened to me the year before. So I ended up spending a night in the Golden Triangle town where the Thai, Laos, and Myanmar borders meet.

I enjoyed a budget-fresh fish dinner by the great Mekong River overlooking all three countries and a cheap, cozy place to crash. But still, I regretted that I didn’t try hard enough to find a U-turn on the hilltop. I figured it out years later. That’s a trick I like to do: to leave something missing just for an excuse to come back.

I returned the next year. And the year after. And then twice a year. Doi Mae Salong has now become my annual winter destination.

Then my friends who are a couple came up here and settled at the legendary “Sweet Mae Salong” pastries-coffee hut. Then I got a gig shooting trail racing, which opened me up to the endless mountains that I’d been viewing from town. When I got my face splattered in mud on a dirt-bike crash, and found myself soaking wet in the pouring rain in the woods with nowhere to hide, and got a flat tire as darkness fell with no phone signal and no water, I came to realise I might have finally blended into this place after all these years.

Tea houses scattered along the curvy road throughout the village. A visitor could drop by any of them for a tea tasting. The owners always offered a welcoming smile and willingly sharing stories of their ancestors who fought hard to turn this troubled land to peace.

The year was 1949 when the Kuomintang’s 93rd Division fled from Yunnan in southwest China after Mao Zedong’s People’s Liberation Army took control of the country. About 12,000 nationalist armed forces with men, women, and children, retreated southwards into the rugged mountain terrains of northern Burma and Laos while trying to wage insurgency war against the communists with support from Taiwan and the US.

The diplomatic policy later shifted with toned-down US support. The Chinese communists also improved their ties with Burma, which put those displaced fighters hanging in the middle. Some of them evacuated to Taiwan in 1954 and 1961, while thousands of others, under the commands of Gen. Tuan Shi-Wen and Gen. Lee Wen-Huan, relocated to the Thai side of the border and continued fighting from here. They funded arms purchases with opium production, which flourished during that period in the Golden Triangle.

The Thai government struck a deal in the 1970s for the nationalist fighters to help Bangkok fight against Thailand’s own communist insurgents in the area, in exchange for their rights to stay on with Thai citizenship. Included in the deal was for them to quit opium production for the famous Oo-long tea as a replacement. Tea plantations became the icon of Doi Mae Salong, whose new formal name was “Santi Kiri Village” (meaning the Mountain of Peace).

There were only a couple of places to stay 20 years ago with nothing much going on from a city boy’s point of view. The town wakes up before dawn and goes to bed early, without any nightlife.

There is something about certain places though, that really make you feel so “at peace” – which lure you back again and again.

Just scale up and down that hilly road and take a peek inside those houses. Get up early for the morning market. Sit with a cup of coffee, a bowl of rice porridge, or try whatever is inside those leave-wrapped eateries they’re selling.

The winter morning light is always magic. Like the steam from the cooking pots and hearing people with different appearances walking by speaking unknown languages.

Hike up 719 steps to the golden pagoda of Phra Boromathat Chedi at the highest peak overlooking the town. Or hike out to the nearby villages around the vicinity where the majority Akha ethnic tribe get on with their daily life. Pay respect to the man who made all this happen, Gen. Tuan Shi-Wen, at his tomb just across the street from the tourist market. Drop by the Chinese Martyrs’ Memorial Museum for a history lesson with old photographs of the pioneers on horseback. Scale down the tea plantation valley from the giant golden teapot of “Wang Put Tan,” all the way to the clear water creek at the bottom. Finish off the day by watching the sun set behind those Myanmar peaks on the west side of the winding road up to the pagoda.

The Sweet Mae Salong friend co-hosted a trail-running race in the deep forest of Doi Mae Salong for the first time in 2017. I was assigned to cover the race as a photographer. I’m not adventurous by any means and that rugged-looking jungle was something I’ve always admired from the hostel’s balcony without any craving to go inside.

It turned out to be one of the best gigs I took in my humble photographic life. Apart from hacking skills on dirt riding, surviving the rough isolated terrains to get the daily job done and try to come back out in one piece, it gave me a chance to finally get to know both Mae Salong’s wild frontier and its amazing characters who later became friends for life.

The Akha kid with a big smile, whose job was to tail me and make sure the fledgling explorers from the city would make it through for the next day. The American pastor who brought in his whole family, crew, and students, who soon became my comrades in the photo battles we fought side by side. The renegade sergeant of the Black Warrior post, the forest firefighter squads, municipal doctors and nurses, school teachers and students, the Akha pioneers and supporting team, the tea plantations, and the hotel family membrs.

The MST (Mae Salong Trail), which happened annually the second weekend of November, got the best “Thailand trail racing of the year” title in 2019. It has attracted more and more racers each year.

Doi Mae Salong tourism is in full bloom with hip and modern Chinese hotels and chic coffee bars springing up. The first 7-Eleven came years ago. And now there is a night walking street on the weekend.

The only one from the first batch of settlers I had a chance to meet on my first visit in 2000 was the old gentleman in military uniform guarding the tomb of Gen. Tuan Shi-Wen. He was a young soldier when he fled the country with the general. The general’s granddaughter married the son of a hotel owner, who generously provided a budget bed for my long stay during the racing season. They’re the fourth generation and the fifth generation are the little ones they’re holding in their arms.

Mae Salong is a close-knit community where everyone knows pretty much everyone. Whoever you walk past or speak to is a part of its legend The whole town is practically a living history museum in the making, and visitors are welcome to interact. Winter is approaching with the yellow sunflower and pink Sakura ready to show their true colours. The mountain of peace will turn fully alive with a cool breeze under the warm winter light.

If you have never been there before, be sure not to drive too fast.

– It is the largest of all Chinese mountain communities scattered around the northern region.

– Peak tourist season, which is always crowded, is in winter from November to February.

– There is a range of accommodations. It is often full during the high season. Prior booking is a good idea. 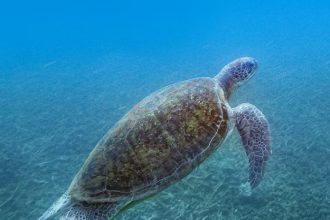 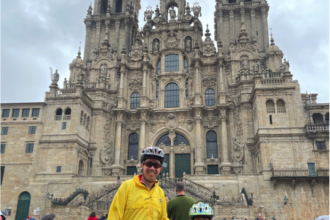 My Pilgrimage Ride on the Camino de Santiago