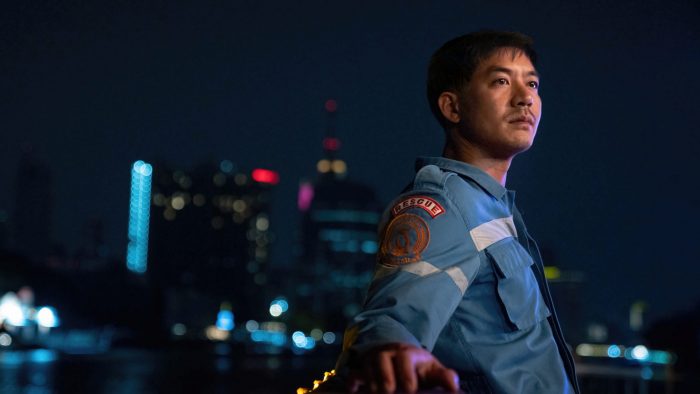 Bangkok Breaking, Netflix’s new six-part series, launched on September 23, marking the streaming giant’s second original Thai series after The Stranded (2019). The much-anticipated production is an action-packed thriller that uncovers the dark side of contemporary Bangkok through the lives of emergency rescue workers.

Directed by Kongkiat Komesiri, the show is fast-paced, with gruesome scenes of accidents worthy of the director’s hard-edged repertoire. Leading man Wanchai’s arrival in Bangkok immediately takes a dark turn — an unseemly accident that causes his brother’s death. To uncover the truth, Wanchai joins a rival rescue team, only to discover that everything is not what it seems. A budding journalist named Kat, played by “Aom” Sushar, aids Wanchai while upholding the storyline’s moral sense and responsibility. Together we fall for their chemistry —we want them to succeed.

“Weir” Sukollawat carries the role of Wanchai with his wide, innocent eyes. He is surrounded by a very strong supporting cast, including Sahajak Boonthanakit, lending his thuggish edge, “Heart” Suthipongse as an unscrupulous businessman, and perhaps the most memorable character in the series, “Hardcore,” played by Neung Bhasaworn Bawronkirati, who ushers in the violent end of the line. The seasoned actors ground the series with credibility, offering viewers familiarity and contemporary resonance to real-world personalities.

Set and art direction are first-rate, especially those Bangkok locations that look both neighbourly and unfamiliar — a fun guessing game of where the places are. The scenes offer fresh views of Bangkok, urban or not, showing how people live in the city nowadays. Social commentaries are glimpsed in flashes of street signs, posters, food, and elsewhere. All are tidbits if you are a curious Bangkokian, but as the show’s tagline warns: “In this city, you’re not supposed to know too much.” Curiosities will kill the cat.

The series’ creators include Clayton Fitts, Rehan Malik, and Richie Moore. Executive Producer Prabda Yoon told us the six episodes took only a little over a year to conceive, write, cast and shoot. Filming began in December 2020 and ended in March 2021. Yoon, a renowned novelist, and filmmaker took up co-writing duties with Kongkiat Komesiri and Titipong Chaisati.

“Writing for the mainstream media is generally impersonal and there are many controlling factors while writing a novel is much more free,” said Yoon. “As a storyteller, I like them both.”

Of course, the series is not without its flaws, from the obvious to the unintended. Viewers may laugh them off, or they can take note for improvements. Yet at the end of the sixth episode, we are left wanting more, caring for Wanchai and Kat’s future, and for Bangkok to be seen by modern, global digital nomads. And that’s part of Netflix’s formula for success.

A cultural entrepreneur in publishing, art, and design, whose ventures include Serindia Publications and Hardcover: The Art Book Shop in Bangkok. His latest addition is The Kolophon Libraries and Research Services, a knowledge service hub with specialized print and digital collections that help creative individuals find ideas and solutions to projects. He is also a contributing writer in art and architecture and wrote for The Magazine, Monocle’s Bangkok City Guide. 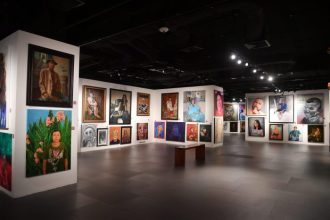 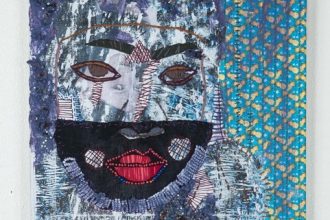