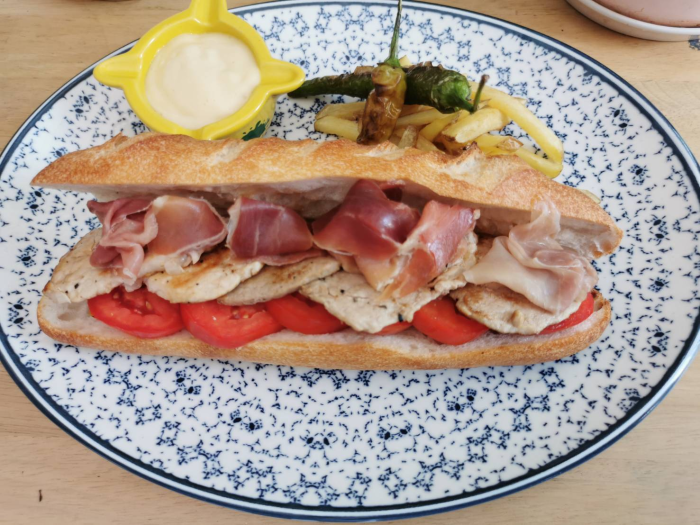 Suksant ‘Billy’ Chutinthratip, the Executive Chef at the new Meliá Chiang Mai, shares a recipe for a tasty Spanish dish with a Thai twist.

“Food is like fashion: If a recipe is good enough, it will last forever and if not, it will stay for a short time and then it’s gone,” says Chef Billy. Guided by this principle, Chef Billy’s recipe works straight from Spain’s original Serranito sandwich, “Serranito Bocadillo” – “as to not lose the quality nor authenticity of the cuisine” – with a distinct northern Thai twist. To be served at Laan Na Kitchen, Chef Billy invites Bangkok 101 readers to join him in cooking this quick, easy-to-make-at-home dish where local products can readily substitute imported ingredients. Yet he encourages readers to retain his all-time favourite element of Spanish cuisine, Jamón Serrano, that’s readily available at the supermarket. In a far cry to the likes of molecular gastronomy, Chef Billy’s “Serranito Bocadillo with Blistered Northern Thai Green Peppers” makes for the ultimate comfort food.

1. Heat canola oil over high heat in a cast-iron skillet large enough to comfortably fit the peppers in a single layer. Heat until the oil is lightly smoking, then add the peppers. Cook the peppers without moving them for about 30 seconds, until blistered on their first side. Flip and shake the peppers and continue to cook, turning occasionally, until well blistered all over and tender-crisp; about 1 1/2 minutes in total. Drizzle with extra olive oil and sprinkle flor de sal to season them.

2. When the peppers are done, take them out of the skillet, lay them on a tray lined with a paper towel and set them aside.

3. Slice the bread in half and toast lightly. Butter the bread on both sides with the alioli.

4. Season the pork loin with flor de sal and freshly cracked black pepper. Fry in the oil until it’s cooked through and golden brown.

5. Place the peppers, pork loin, ham and tomatoes between the bread to assemble the bocadillo.

6. Serve with alioli on the side.

1. Peel and mince the garlic cloves.

3. Separate the egg yolk from the egg white.

4. Incorporate the egg yolk and salt into the bowl with the mashed garlic. Stir well. Discard the egg white.

5. Very slowly, and adding only a little bit at a time, begin to incorporate the oil while mixing the garlic, egg yolk, and oil constantly. This step requires patience! Be sure to go slowly so that the garlic and oil have a chance to blend well.

6. Once the mixture begins to thicken, incorporate the lemon juice.

7. The resulting texture should be a creamy, smooth mayonnaise. Tip: If you do not have a mortar and pestle or are pressed for time, combine all ingredients in a small- or medium-sized bowl, and let the hand mixer do the work. Keep the hand mixer steady and pressed to the bottom of the bowl at first, and then slowly let it come up to fluff the mixture as it thickens.

Jutarat Skulpichetrat spent more than a decade working as a TV news producer, covering stories in Thailand and across Southeast Asia. She is a mother of two, and in her precious free time she enjoys yoga, cooking and her latest hobby, knitting. 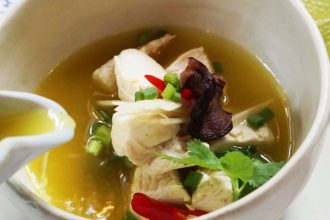 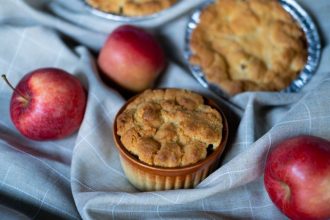 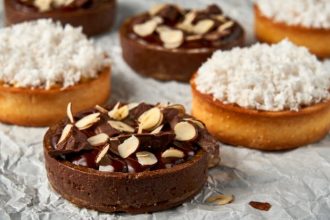