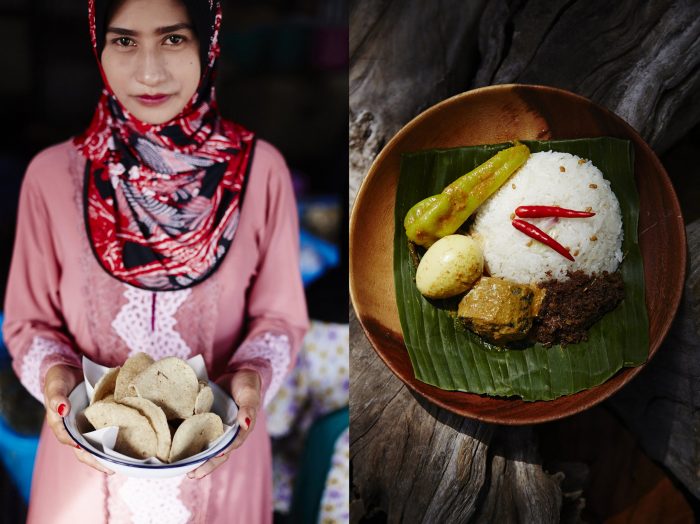 Southern Spices – The Flavours of a Culinary Crossroads

Food from southern Thailand is bold, straightforward and electrifying—just like the people from this region.

A long, narrow peninsula flanked by coastlines on both sides—southern Thailand is surrounded by sea life. The region’s diverse geography, including oceanfront, river plains and mountainous jungles, provide it with a variety of unique ingredients.

Situated between the Indian Ocean to the west and the Gulf of Thailand to the east, the southern region has been a culinary crossroads since the early days of international maritime trading. Many new ingredients and ideas from both directions landed in the south and took deep root there, including people of many ethnicities, cultures, languages and culinary traditions.

The hallmark of southern Thai food is its tremendous use of spices.

For thousands of years, India has been a top international spice producer, accounting for around 75% of the world’s total production. Sailing eastward from India, one quickly reaches the shores of Burma and southern Thailand. Spices arrived here along with Indian and Arabic food, and their unique recipes and cooking techniques.

These spices were a perfect match with southern Thai dishes. Their strong aroma, specifically turmeric, covered up the smell of fresh ocean catches. The Indians surely brought their rich curries here.

Coconut plays a major role in southern Thai cuisine. The beach climate is the best environment for the plant to grow, especially on islands like Koh Samui. Fresh coconut milk makes southern Thai curries richer than curries elsewhere. It also adds a creamy touch to a variety of Muslim sweet treats around the region.

The Chinese also arrived by boat and settled in major cities along the coast. They brought with them innovations like noodles and metal pans. Stir fries, wok cooking, and steaming are among the techniques they introduced to southern Thailand. The Indonesians brought their world-famous grilled satay.

Locals who were already living in southern Thailand blended their own resources with the new arrivals. Preserved sea produce is the same today as it was a thousand years ago. Salted and fermented food is still practiced in many fishermen villages. “Tai-Pla,” or fermented “fish kidney,” is one of the most popular ingredients in the upper south, while “Nam Boo Doo” is favoured among the Muslim-majority deep south.

In the jungle, people still cook rice by wrapping leaves inside bamboo cylinders and heating them over a fire.

The word “local” rings truest when we’re in far away places. Local ingredients mean they’re only available there, and not anywhere else.

Black squid is Krabi’s. The healthy meat of the muscular “Pla Krabok” fish is from Pak Panang’s delta. The giant fresh oyster is caught off Surat Thani’s shores.

The lotus root that replaces ordinary papaya in the spicy salad is from the great “Talay Noi” lake of Patta Lung and the “Lady’s Hair” seaweed is from the lake of Songkhla. The freshwater crest and the “running wild” chicken are from the cool waterfall and high mountains of Baetong district in Yala.

A one-month road trip I took in southern Thailand a couple of years ago shifted my perception of certain foods. Along with my photo buddy and our food stylist, we were assigned to report a story that sent us on the road for 30 days, travelling throughout all 14 provinces in southern Thailand’s peninsula.

We watched dish after dish come together from nothing. We observed extremely sophisticated ways of cooking. We listened to countless amazing stories behind those dishes: where they came from, how they evolved through time, and how they combined what already existed with exciting new ingredients and ideas that kept arriving from other places.

We moved around constantly. We went to bed and woke up in different motels in different towns every morning and every night. Every meal we ate was unpredictable and full of surprises. It took us away from our norms.

The terrain changed dramatically from place to place, from wide open beachfronts to deep rainforests, and from bustling Chinese business districts to chilly mountains. This is said to be the primary reason why southern Thais are so bold, genuine and honest. People from such diverse places need to rely on these qualities in dealing with each other for survival.

We saw how each culture and community was unique. We realised how deeply these culinary traditions influenced their way of living. They truly bonded harmoniously with whatever was in their backyard.

They took us back, for a glimpse at least, to the very basics of life. They demonstrated to us the simplest idea of how everything is connected. The true identity of people is perhaps best reflected in their pots and pans after all.

(Left) “Krue Poh”, famous Narathiwas crispy fish chips, originated as a by-product of leftover catches. They are mashed with flour, flavoured, cast in long round tubes and boiled. Then they are sliced in pieces and eaten boiled or deep-fried. They can be preserved for years.

(Right) “Nase Dakae,” meaning “The Outsider’s Rice.” The name refers to the Indonesians who brought the popular breakfast food to Thailand’s deep southern regions of Pattani, Yala, and Narathiwas. It mixes jasmine rice and sticky rice with coconut milk, ginger, and onion, then steamed with garlic and local Haluebo nut. It is served with chicken or O-fish curry, green pepper, boiled egg, and Sama fish or shrimp as a side dish. 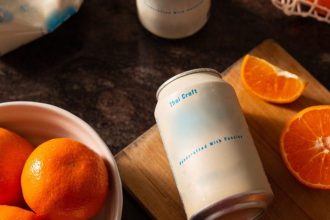