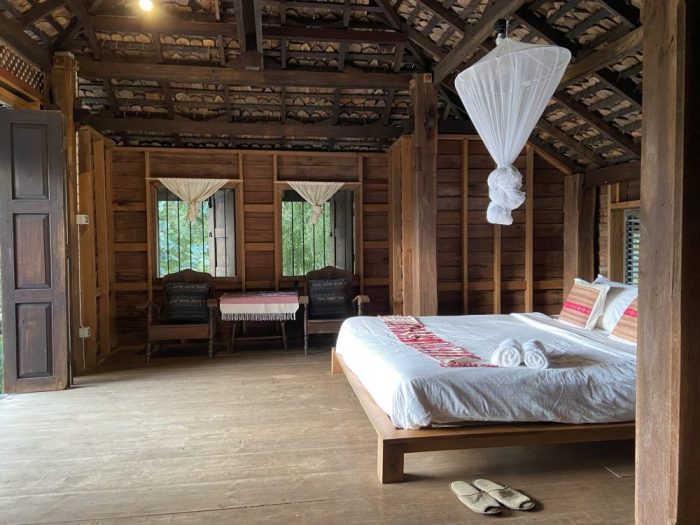 Sri-In-Pun (ศรีอินปัณณ์) is unlike any hotel, Airbnb or homestay I’ve ever visited. It has none of the things we are accustomed to in our modern lifestyles. There is no air-conditioning, no TV, not even Wi-Fi. The water pressure in the shower is weak—and the hot water doesn’t stay hot. During our stay, we constantly prayed that we would not encounter any ghosts or geckos. (Literally, we went to the spirit house and prayed!)

Yet our experience at Sri-In-Pun remained with us long after my friends and I checked out. During our stay, instead of watching TV or YouTube, or scrolling through social media, we turned off all the lights in the house and piled cushions on the deck outside my bedroom and stargazed. Several falling stars (and wishes) later, we retired to our bedrooms. Without any A/C, we left the windows and doors wide open. I fell asleep to the sound of crickets and a cool natural breeze. We had no idea such simple things could make us so happy.

The gentleman-owner who built and manages Sri-In-Pun described to us the hardship of leaving a well-paid job at a financial firm in Bangkok a decade ago to build this dreamy place. He spent years personally sourcing the land. Every piece of reclaimed wood used in the project comes from old houses, tracked down by an expert who specialises in ethnic Lanna Tai architecture and designed and supervised the work (even lending his own hands). The carpenters and builders were mostly architecture students from Chiang Mai University and local people. Together they helped to create his vision of Tai Lue (ไทลื้อ) and Tai Yong (ไทยอง) houses. The process spanned years, requiring sacrifice in blood, sweat and tears, not just from the owner but also from his wife, who was a true champion of his dedication.

“The lights here are purposely designed to be dim, because human eyes are actually not made to withstand the harshness of super bright lights in modern homes,” said the owner, who prefers not to be named. His statement about lighting made a friend of mine (who brought her own LED torch) understand the error of her ways. She later told me that she no longer turns on all the lights in her bedroom at home.

“Trees are natural filters of dirt and dust,” the owner explained when asked how the house remained so spotless. His high standard of cleanliness surely also played a part.

“Traditional Thai homes are naturally cool to live in because natural breezes can get through the purposely designed gaps in the roof, walls and floors,” he said. Hence there is no need for A/C even in the summer. However, a fan is available in the bedrooms just in case.

“It is a shame that traditional Thai homes are being taken down every day and replaced by concrete,” the owner said.

We all agreed and appreciated his herculean effort and passion to preserve what’s left of traditional craftsmanship and design. We felt it was our privilege to be there and were thankful for his “craziness” in taking on this project.

This gem is located an hour’s drive (60km) from Nan city/airport. It spans more than 20 rai of land. You can choose to stay in one of three vastly different Tai Lue houses. Each house has two bedrooms, one bathroom, a living room and a kitchen (sinks and fridges are also available). Delicious local breakfast is served on demand as well.

Respecting the owner’s will to keep the place exclusive for like-minded visitors, we kindly ask you to contact them directly at:

Born and raised in Bangkok Thailand until the age of 12 when she left for boarding school in England. Her time abroad fosters her curiosity in food, travel, and people of different cultures. She is currently working in her family paint business. She spends her spare time training and participating in ultra trail races. Her goal for 2021 is to survive covid-19, compete in UTMB 101K race in Mont Blanc, and Thailand by UTMB 100 mile race in Doi Inthanon. 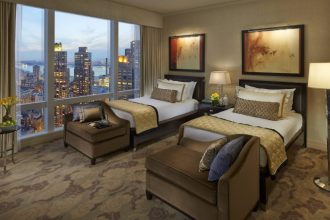 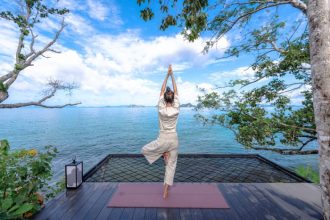 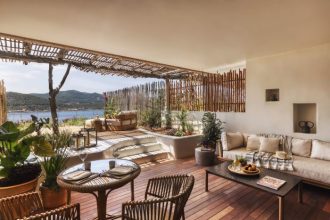