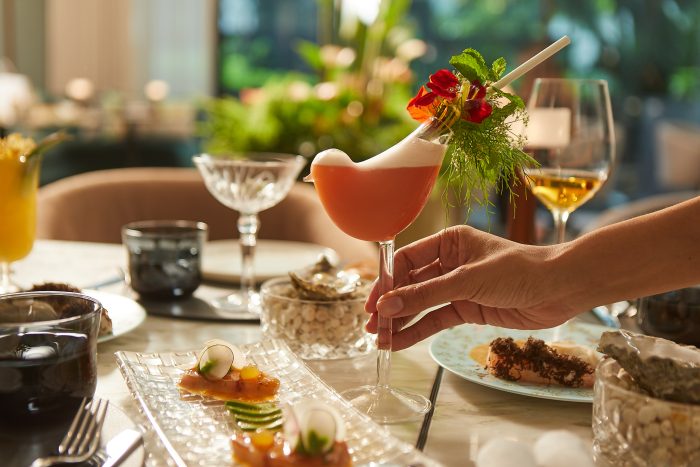 Good news for foodies: Bangkok is the world’s most affordable city for fine dining, followed by Lyon, Seoul, Rotterdam and Barcelona.

Following the exciting announcement of The 2022 MICHELIN Guide Thailand at the end of December 2021, I am very pleased to learn from our fellow media, international food magazine Chef’s Pencil, that Bangkok was ranked the world’s No. 1 most affordable city to dine out at a top-rated Michelin Restaurant. The tasting menu at a two-starred restaurant in Bangkok is priced an average of 5,677 baht, which is roughly $173, though you can dine out at a top restaurant for as low as $105.

According to the Chef’s Pencil’s research, geography plays a significant role in pricing a Michelin-starred restaurant. On average, the full-tasting menu costs $252 (215 euros) for two-starred restaurants and $357 (304 euros) for three-starred restaurants. Prices are per person and alcoholic beverages are generally not included in the pricing, though some restaurants do price them in. The same treatment for tips and other government charges (e.g. service charge, VAT), which is generally not included. Government charges vary by location, which I assume has some effect on the more affordable pricing for Thailand, in comparison to Denmark, Singapore, or Sweden – the Top 3 most expensive countries to dine out at a top-rated Michelin Restaurant. Thailand is the most affordable country in the rankings, where the top-priced tasting menu costs on average $173, followed by Ireland ($212 or 180 euros), South Korea ($213), and Taiwan ($213).

On the other end of the rankings, Denmark ($404) is the most expensive country to dine out at a top Michelin-starred restaurant. It is followed by Singapore ($364) and Sweden ($327).

Enough said about the most expensive, we are more on celebrating the most affordable. Let’s have a look at the Top 5 most affordable cities worldwide which Bangkok is seated at the very top of the list. Followed by Lyon, the second-largest city in France, a city also dubbed the Gastronomic Capital of the World. The average price for the full tasting menu is just 172 euros or $203. Seoul, South Korea’s capital ranks as the 3rd most affordable city worldwide, a full-tasting menu priced on average at $213.

Rotterdam, the second-largest city in the Netherlands seated at the fourth. It is home to nine Michelin-starred restaurants. For an average priced menu at 183 euros or roughly $216, dining out in Rotterdam is also very affordable. Moreover, all three top-rated Michelin restaurants in Rotterdam offer substantially lower-priced lunch menus ranging between 59 and 140 euros. Spain’s two largest cities, Madrid and Barcelona are among the most affordable cities for fine dining in the world. A full tasting menu costs roughly 190 euros or $224 in Barcelona (seated at the fifth) and slightly more in Madrid (seated at the seventh) for 193 euros or $228.

A BRIEF HISTORY OF THE MICHELIN GUIDE:

1 Star: A very good restaurant in its category.
2 Stars: Excellent cooking, worth a detour.
3 Stars: Exceptional cuisine, worth a special journey.

•Curator at Bangkok 101 •Founder of RAW & REAL Rungsima is a curator of art and design and a project director with a diverse creative background. Her awareness of natural wellbeing started at a very young age. She was brought up in a family where environmental concern, sustainable living, natural wellbeing, and holistic health care were simply the way of life. Having been on this path her entire life, she is today a practitioner in natural wellbeing, a student in Indian Ayurveda practice, and a mindful eating & conscious living promoter. In 2015, she founded RAW & REAL – Natural & Organic Products and Sustainable Living. FB/IG: RAW & REAL 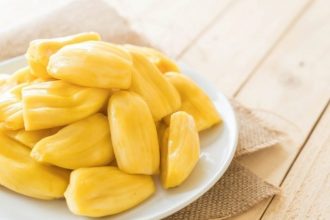 KITCHEN BACKSTORIES: The ‘Jack’-Fruit Of All Trades