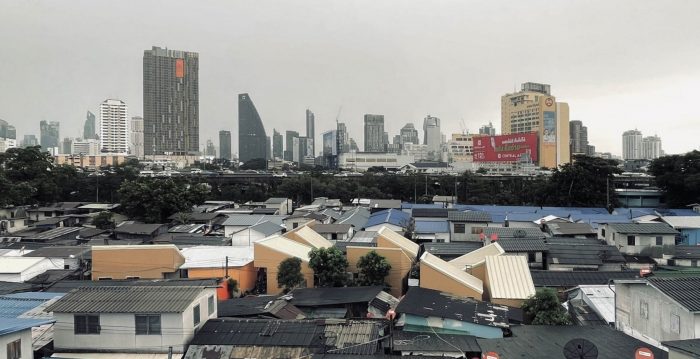 Bangkok’s biggest slum, Khlong Toey, is like a parallel city-within-a city, run by its own kind of urban village organisation. Plans to redevelop the site into glitzy riverside towers and facilities would replace that unique community with a generic kind of place that could be anywhere in the world. It’s not the only alternative.

The density of many Bangkok communities became an issue for the whole city when its oldest and biggest slum, Khlong Toey, suffered an outbreak early in Thailand’s third wave of the COVID-19 pandemic. The virus spread into the slum via workers who caught it at the high-society hostess clubs that seeded the Delta variant in Thailand. The incident emphasised how deeply the city relies upon its most marginalised residents. Among Khlong Toey’s 100,000 souls live many of the informal workers who spread citywide to keep life ticking: drivers, maids, guards, cooks, cleaners, waiters and every kind of vendor.

Their tenure – and Bangkok’s downtown supply of vital labour – is under threat from plans to relocate the residents and redevelop the port-side real estate. It was Khlong Toey Port’s need for stevedores in 1962 that birthed the capital’s first shanty town. Despite mysterious fires ahead of port expansions, Khlong Toey slum survived. Now this redevelopment would see the entire community erased.

Society is divided about how to handle slums. Authoritarian rule sides with “order,” property developers and the expelling of slum-dwellers to tower blocks on the city limits, far from their livelihoods. The Khlong Toey plan is part of a pattern of evictions since the 2014 coup, with 27 dense old communities evicted from prime river-view plots and canal-dwellers dubbed “encroachers” being wiped from Khlong Lat Phrao.

Democratic rule, by contrast, tends to upgrade what it terms “dense communities” with drainage, paving and plumbing under schemes like Baan Mangkorn. A model success at Bang Bu kept the community together, whilst landscaping the canal as public space. Fires give landowners the right to retake a property, so burnt-out slum-dwellers and NGOs race to re-squat a site, negating the rare chance to rebuild thoroughly. Yet a fire on a prize plot near Suan Plu a decade ago saw the residents rehoused on site in a safe, healthy mix of dwelling styles. Lately, improving dense housing has become a project for corporate social responsibility. TYIN Tegnestue Architects erected an amenities centre, the Khlong Toey Community Lantern, and Vin Varavarn Architects built model “Micro Homes” in Khlong Toey with contemporary design.

Khlong Toey residents are themselves conflicted. “I’m happy here,” says Tui, 37, while buying packet noodles at a corner shop by a football pitch in Khlong Toey. A burly day labourer, he rents a shack for a thousand baht a month. “There’s not much crime, but I’d prefer to move out. I’m afraid of fire and I don’t want my children to get into drugs.”

Slum life might be grim, but it’s surprisingly organised, run like a hamlet back home in Isaan. The liveability comes from village values of self-reliance, ad-hoc solutions, solidarity and sheer persistence. Residents build their own tiny houses of found materials, a colourful patchwork of scrap and election boards, with furniture home-made from shipping crates. Households craft knick-knacks from used cans or bottles, while seamstresses darn clothes at sidewalk treadle machines.

Making up for the city’s lack of concern, each neighbourhood’s fortunes depend on the effectiveness of their loong pratan (“uncle leader”). They announce news over loudspeakers – the fire watch roster, reminders to vaccinate – and assemble residents at the basketball-cum-football yard for merit making. Infused by their rural roots, slum-dwellers seem more devout in practising tradition than do modern urbanites. Here you can still spot the ancient top-knot style of hair linked to beliefs in khwan – the 32 spirits of each person.

To help transcend the cycle of poverty, alienation, addiction and violence, a pack of NGOs offers varied support, from health to scholarships. Most prominent are two contrasting charities: the expat-led Mercy Centre of Catholic priest Father Joe Maier, and the Duang Prateep Foundation, founded by a slum-born girl, Prateep Ungsongtham, who became a Magsasay Prize-winning activist known as the “Slum Angel.”

Residents dub their liminal village a city (“Nakhon Khlong Toey”) or even a continent (“Thaweep Khlong Toei”); indeed, they’re Antarctica to the condo-owners of south Sukhumvit who don’t like their district name being Khlong Toey. It’s the epitome of the division between this background city and its affluent foreground face.

“Khlong Toey people like to help each other, the opposite of snobbish rich kids,” runs a line by 19TYGER x H3NRI, one of the slum’s outspoken rap bands in their sombre “trap” style hit Khlong Toei. “Don’t look down on us for what we do. Don’t blame us as terrible people. We were born in a slum – a land of waste water. You think we’re poor? You’d better watch yourself.” They are among an alienated posse of slum rappers with face tattoos, whose lives really are like gangsta homeboys straight outta Khlong Toey.

“I feel like Khlong Toey is the equivalent to Compton [L.A.’s hub of gangsta rap]; the area may look rough, people see it as the drug hub of Bangkok, but there are gems hidden inside,” says Elevenfinger. At just 17, he founded the rap contest “This Is Khlong Toey Compton,” partly to track down his rap-loving half-brother, who was taken upcountry by his late mother’s family. “There are a lot of talented kids in Khlong Toey who want to tell their life stories… things that are considered ‘dangerous’ to talk about… things that people don’t want to mention.”

Relocating this parallel city would reveal structural problems. “Khlong Toey is so tough. There are so many special interests,” says an expert in slum rehousing. Local mafias object to the vulnerable getting stronger, politicians oppose rival initiatives, loan sharks loathe micro-credit, pill dealers rely on its demand for yaa baa [meth-amphetamines] and its supply of runners willing to risk all for some cash. Even well-meaning NGOs would have to confront their raison d’être. “Lots of people stand to lose if Khlong Toey becomes an upgraded community integrated with the rest of the city.”

Under 2019 plans, two-thirds of the port area is to be turned into a “business city” and “smart community” mega-project for river tourism, like IconSiam. Revised plans are being sought for construction over 2023-25. Those rehoused would go to four 25-storey towers nearby, with just two lifts per block and 6,411 identical units of just 33 square metres that cannot possibly hold the extended families or sustain the doorstep trades that are their lifeblood. “Look at how busy Khlong Toey already is. Can you imagine just how much more congested it will be if we all move into condos or a smaller piece of land?” a sweet-seller told Coconuts Bangkok. “None of us wants to go. Most of us were born and raised here.”

The alternative is for them to take a meagre amount of cash with no home, or build their own homes on plots of land on 80-square-metre plots of land in peri-urban Minburi or Nong Chok, which are 35 km and 53 km from their current livelihood, though few would have the capital to build a house.

“Development is needed, better homes and living conditions are needed, but they must first listen to the community and their needs,” Prateep told Reuters. “If the redevelopment happens without that, then this community will disappear and this will become just like any other expensive neighbourhood in Bangkok with no place for the poor people who serve the city.”

The end of Khlong Toey slum would extract the taproot of Village Bangkok. But there would remain 690 city slums, and the cycle continues. Thailand has been registering roughly three million foreign migrant labourers, a plurality of them lodging in Bangkok, many in temporary labour camps. These cubicles of sun-baked corrugated tin – often stacked double with elevated gantries – have been moved out of the construction or demolition sites, where infants used to toddle amid the debris. Their crews shuttle to and from work on the back of trucks. Many got locked in after COVID outbreaks in their dense confines. Tin towns are now less visible, being pushed to the city fringes. In distant Khlong Samwa district, outside labour makes up 80 percent of the Kaeb Moo (Pork Crackling) community. Bangkok tends keeps its marginal people at the city margins.

This article relates to a chapter in Philip Cornwel-Smith’s latest book, Very Bangkok: In the City of the Senses. It is the long-awaited follow-up to Philip’s influential bestseller, Very  Thai: Everyday Popular Culture. Both books are available from leading retailers and direct via the publisher at River Books (see below). 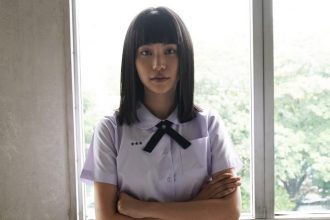 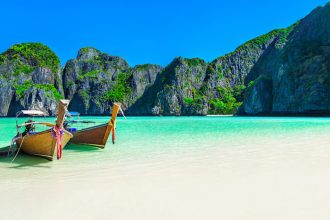