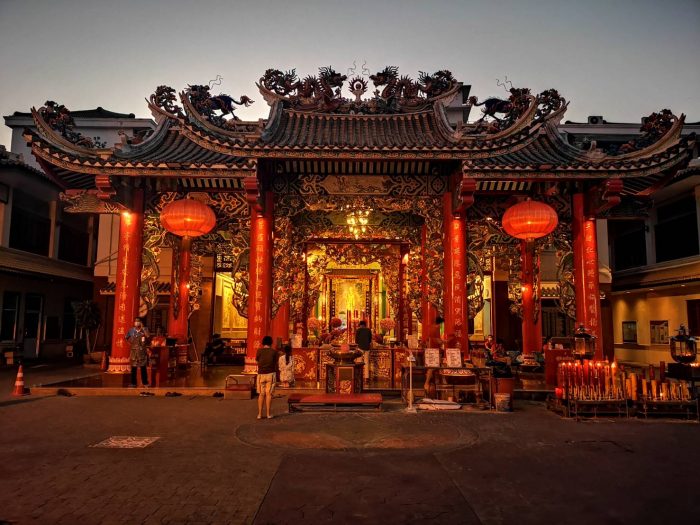 Good riddance to the Year of the Rat. It’s probably safe to say that most of us are ready to turn the page on that year. The Year of the Metal Ox begins on Feb. 12, according to the lunar calendar, and Chinese people everywhere, including in Thailand, are set to ring in the New Year with a host of traditional activities, including visiting temples, attending family gatherings, wearing red, cleaning one’s home, and more.

But with Covid-19 still lurking, large-scale celebrations in Yaowarat—typically the epicentre of Chinese New Year in Bangkok—have been officially cancelled this year. However, that doesn’t mean people won’t still mark the holiday.

Traditionally, Chinese New Year starts and ends with food—and that will be true this year, as well. In the days leading up to the New Year, people rush out to buy foods and fruits to offer to the gods at local temples. One must-have dish in Chinese homes this time of year is a steamed whole chicken (including the head and legs). In another sign that times are changing, Bonchon Chicken, the Korean franchise popular among teenagers, unveiled a deep-fried whole chicken coated with soy garlic sauce for Chinese New Year—and it promptly sold out!

Another food that’s considered lucky this time of year is dumplings, usually stuffed with minced pork and chives. They symbolise wealth and treasure because they look like ancient Chinese money. For those don’t want to cook at home, there are plenty of good options for dining out. Perennially popular venues to celebrate Chinese New Year include The China House at Mandarin Oriental, Bangkok; Shang Palace Chinese Restaurant at Shangri-La Bangkok; and Shangarila Restaurant in Silom.

Preparations for Chinese New Year generally start days ahead of the holiday, as people clean their homes to symbolically wash away the bad luck that accumulated during the prior year. Feb. 11 this year is a praying day, when believers will flock to offer up fruits and foods to Tsai Shen Yeh, the god of wealth. If you happen to have been born in a year that clashes with the ox, you might want to ask the gods for help washing away your bad fortune in the coming year. Wat Mangkon in Chinatown is definitely worth a visit this time of year. On Feb. 12, Chinese people will don red outfits, the colour of wealth and prosperity, as they visit their families to hand out lucky red envelopes full of money to children and parents.

In Chinatown’s Talad Noi, recent weeks have seen many women in traditional Chinese cheongsam dresses taking photographs in the neighbourhood’s picturesque alleyways. The dresses can be found for sale throughout Yaowarat, starting from around 250 baht, while more upscale versions of the fashion are available online from local retailers like Happy Go Lucky (IG: happygolucky_hgl).

According to the Chinese zodiac, the Year of the Ox promises to reward hard work, deepen relationships that are based on respect, and—fingers and toes crossed on this one—deliver a calm and stable year ahead. Famous people born during the Year of the Ox include former US President Barack Obama, Pakistani activist Malala Yousafzai and Olympic gold-medallist swimmer Michael Phelps. 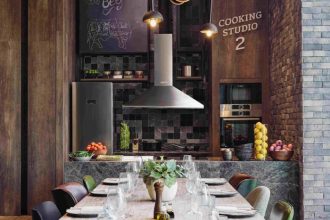 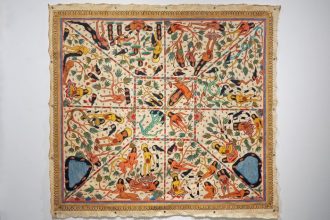 EXHIBITION: ‘A Life Beyond Boundaries’

Never Mind The Weather: SAMRUB SAMRUB THAI Brings It All Together