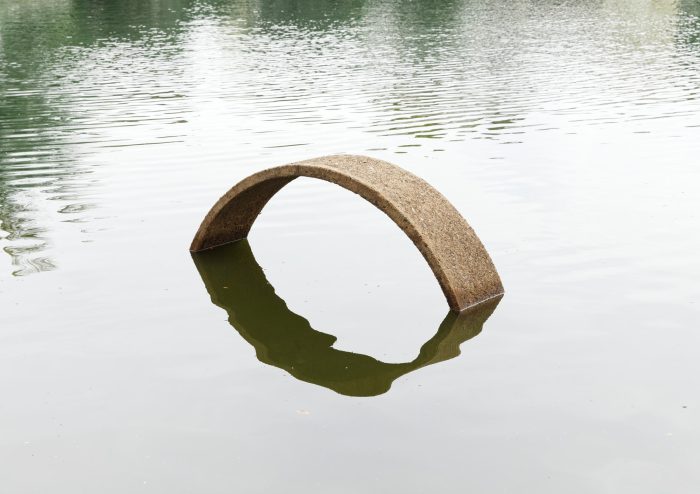 Hub of Photography is pleased to present “Objects,” a solo exhibition by Atit Sornsongkram. The exhibition features images of peculiar objects the artist recorded when he studied in Germany between 2012 and 2013, along with newly taken images from his trip to the northeastern region of Thailand. The objects in the photographs arouse curiosity for their utility, or lack of one. Some of the objects seem out of place, while some seem like they have been there since the beginning of time—and some seem to have barely survived it.

Atit intentionally separates the object from the context of its locale, emphasising the lone objects without the perception of time or light direction. Similar to creating a sculpture, the artist meticulously crafts each image using digital photo-manipulation tools to cleanse the object of hints or clues of its whereabouts or its historical context. Atit forensically presents the images without prejudice or interpretations while gazing on the traditional style of Objective Photography, the artist does not adhere to the purpose of making a truthful record, but instead offers an otherworldly view on the existence of these objects.

In his previous exhibition, Atit worked with a clinical and highly controlled studio-based environment to achieve his ideal image. This exhibition is set to be the first to highlight his outdoor photography endeavours. All the images in the exhibition raise the question of whether the objects are found, created by the artist, or belong to an unknown civilisation.

Atit Sornsongkram (B. 1981 in Bangkok, Thailand)

Sornsongkram works mainly with the medium of photography, capturing subjects both manually constructed and digitally edited. His form-reduced, abstract, monochrome, multi-sized photographs usually start by questioning and contemplating upon the medium of photography by playing with the perception of the audience through lighting, duplicating, and rearranging of the images. He defines his works as “a poem in another form.” Sornsongkram began his studies in Germany at Kunstakademie Dusseldorf in 2008, in the class of Professor Hubert Kiecol, and graduated with the title of Master Student from the class of Professor Andreas Gursky in 2014.

Kittima received her MA in Curating and Collections from Chelsea College of Arts and is currently curator at MAIIAM Contemporary Art Museum in Chiang Mai, Thailand. In 2016, she co-founded the Waiting You Curator Lab, focusing on curatorial approaches in contemporary art practices. Her interest lies mainly in contemporary art and culture that revolves around critical history, social and political issues. She has worked on numerous projects with both emerging and established artists in the realm of Southeast Asian Art and its cultural context.

About Waiting You Curator Lab

Waiting You Curator Lab (WTU) is an experimental curatorial workshop and artists’ book-publishing house, based in Bangkok and Chiang Mai. Founded in 2016 by Kittima Chareeprasit, Vipash  Purichanont, together with Kasamaponn Saengsuratham, Time Chotivilaivanit, Taratchanan Pongpanich, and Setapa Prommolmard, WTU offers itself as a laboratory for experimentation on infrastructure of artistic practice such as exhibition, publication, and beyond. WTU aims to be an open platform where artistic invention can be made based on research, discussion, and participation. “Waiting You” spelling in broken English in Thai style, meaning that we are “waiting” to collaborate with “you.”

The space of inspirations expands when photography enthusiasts gather.

Turn on your camera, open your eyes and your mind, and be prepared for a new experience with “HOP,” the Hub Of Photography, which is the first comprehensive photography hub in Thailand. We provide creative space for photography-lovers and will take you to discover a whole new dimension in the art of photography from all over the world, regardless of whether you are a professional or an amateur.

In addition to being a photography exhibition space, HOP is also a living space that gathers knowledge and creativity for all photography enthusiasts and enables them to exchange views and experiences on photography.

William Bredesen has worked for a variety of media outlets in Thailand, from lifestyle magazines to international news wires. He's also authored a travel guide to Phuket, co-written a Thai history book, and edited several books on local culture. He is a correspondent for CPA Media. 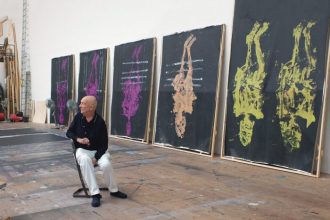 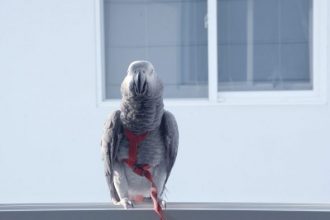 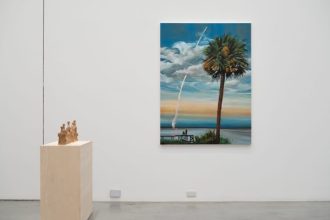